Endometriosis is really common, causing pain and discomfort for women all over Australia. It can be really confusing when a doctor first starts talking about it. We’ve put together a quick guide for some of the top questions that you might have about endo so you can get your head around it.

Endometriosis is a disease of the reproductive organs in females, especially involving the uterus. It targets the endometrium, which is the innermost layer of the uterus. The endometrium is physiologically involved in the implantation process of the fertilised egg and it is also the layer that is shed during menstruation or periods.

In endometriosis, cells from the endometrium layer are found outside of the uterine cavity. The most common locations for the implantation of these cells are the ovaries, fallopian tubes, and tissues of the pelvic cavity. However, endometrial tissue has also been found in the lungs, G.I. tract, breasts, and pelvic nerves in some casesi. Endometriosis has a wide spectrum of signs and symptoms which also includes psychological symptomsii. 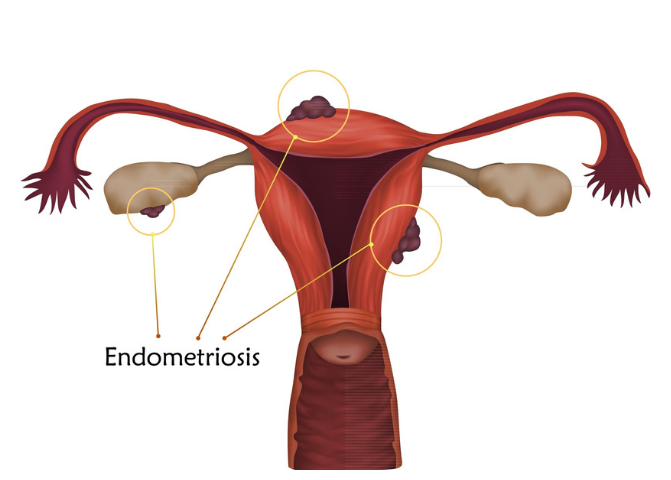 Endometrial tissue outside the uterus.

How common is endometriosis?

Endometriosis is quite a prevalent disease amongst Australian women. According to a study conducted in 2021, one in nine women has clinically confirmed endometriosis by the age of forty-four. The most common age group for diagnosis is 25 – 35 years old.iii

What are endometriosis symptoms?

Multiple theories have been presented about its origin. The most commonly accepted theory is called the retrograde menstruation theory. This states that during menstruation, some of the shed endometrium tissue flows backwards and out of the fallopian tubes, viable tissue then attaches to different parts of the pelvic cavity.

Furthermore, scientists have suggested that endometriosis is a multifactorial disease, meaning multiple genes need to be affected, that are then inherited, in order to have hereditary endometriosis.vi

Can you get pregnant with endometriosis?

Unfortunately, forty percent of females who suffer from endometriosis suffer from infertility toovii. The exact cause of infertility is dependent upon the stage of the disease.  During the initial stages, the cause is thought to be secondary to an inflammatory response by the body. However, during the later stages of the disease, the pelvic anatomy becomes deformed due to the formation of adhesions between the pelvic organs and thus the body fails to support pregnancy.

How do you diagnose or test for endometriosis?

The modalities for diagnosis include clinical workup which includes a detailed gynaecological history and pelvic examination, ultrasound, laparoscopy and MRI. An experienced gynaecologist would look for the signs and symptoms of endometriosis whilst taking a history. This includes chronic pelvic pain, heavy and painful menstrual bleeding, pain with defecation, pain during sexual intercourse and difficulty in conceiving. Sometimes, patients even present with symptoms of stomach illness like diarrhoea and constipation.

The diagnosis is then confirmed with a transvaginal ultrasound. Laparoscopic methods are employed when the patient has no relief from symptoms three to six months after starting therapy. Laparoscopic surgery provides a definitive diagnosis, therefore, if this procedure is inconclusive, there is a need for differential diagnoses; that is, if the patient does not have endometriosis, what are the other conditions that may cause similar symptoms. The most common differentials include pelvic inflammatory disease, irritable bowel syndrome, ovarian cysts, or tumours and adenomyoma. All of these diseases also present with chronic pelvic pain.

A laparoscopy gives a better view of the disease and also helps judge the extent and stage it is at. The Endometriotic lesions can vary in size and can be blue, red, yellow, brown, or non-pigmented in colour. If the lesion is large, brown in colour, and appears inside the ovary it is termed a Chocolate Cyst.

The treatment of endometriosis

Medical and surgical options are available to treat endometriosis. 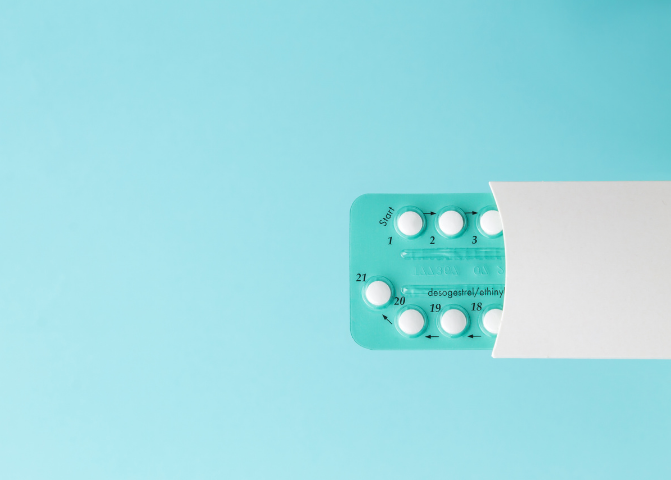 The pill is often used to treat endometriosis.

How to treat endometriosis medically?

The medical treatment can be started with NSAIDs such as ibuprofen and diclofenac. These types of painkillers usually provide sufficient relief from period-related pains and general chronic pelvic pain.

It is important to note this is only symptomatic treatment. A widely used treatment option is COCPs, these are oral contraceptives that are used to provide relief for symptoms like chronic pelvic pain and heavy menstrual bleeding. Another option is progesterone pills. These hormone pills are used to stop the menstrual cycle which puts an end to the most common symptoms – heavy menstrual bleeding and chronic pelvic pain. However, this option is not suitable for women who want to get pregnant. Same goes for Mirena, which is an intrauterine contraceptive device (IUCD). It contains a progesterone like hormone that helps treat endometriosis. Contraceptive injections like Depo Provera containing progesterone like hormones are also successfully used for the treatment of endometriosis.

GnRH agonists are an alternative option as they have been shown to be effective in alleviating symptoms of endometriosis too. However, the therapy cannot be continued for more than six months as it can cause osteoporosis. 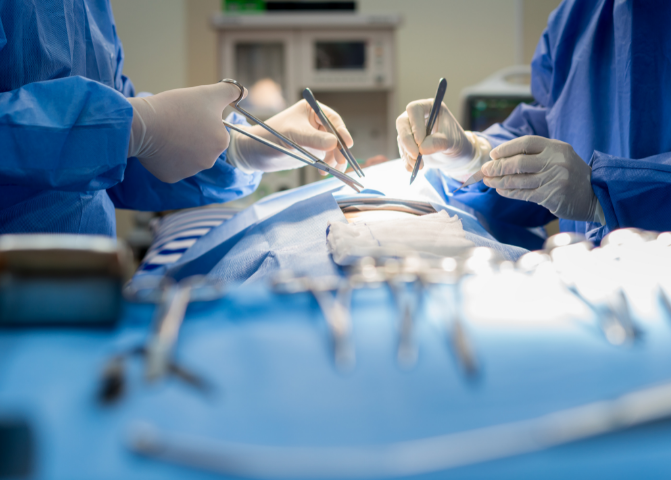 How to treat endometriosis surgically?

Fertility sparing surgeries are usually performed laparoscopically. This means only a few small, hardly visible incisions are made for the procedure. This type of surgery concentrates on draining cysts caused by endometriosis, for example, the chocolate cyst in the ovary. Other goals of fertility-sparing surgery are to remove adhesions and restore the normal anatomy of the pelvic structures.

However, the chances of recurrence in this type of surgery are approximately thirty percent. Therefore, concurrent medicinal therapy is prescribed to patients who choose this option.

Hysterectomy and Oophorectomy are for women who are certain about the consequences of this surgery. As the removal of these organs can leave the women permanently infertile. It is used as a last option in women who have not responded to any treatment modality mentioned above.

Sometimes, even such a drastic procedure is not enough to alleviate symptoms, patients are informed of this when choosing this option. After the surgery, the patient is prescribed HRT which stands for hormone replacement therapy. This is necessary to mimic the effects of Oestrogen in a woman’s body, as ovaries are removed, so she does not experience the pathological effects similar to those seen during menopause.