What is hay fever? Look at some common symptoms, treatment options and the role antihistamines play in arresting the symptoms.

Hay fever is a common allergy which strikes so many of us, especially in spring time. The symptoms of hay fever can make life miserable, and cause us to avoid enjoying the outdoors. That’s why it’s essential to understand hay fever and the benefits antihistamines can have if you are susceptible to allergens. For more information on accessing antihistamines, Medmate can help.

Treatments include hay fever tablets, hay fever eye drops, or even hay fever nasal spray. Each has their own benefits to ease your suffering. We’ll go through what hay fever is and which remedy is best for you.

What is hay fever?

Hay fever is an allergic reaction to pollens, dust mites, skin, and saliva shedding from animals (most often cats and dogs). Like other allergies, hay fever is caused by your own immune system treating a substance that is safe (like pollen) as though it were dangerous, causing an immune reaction. So when dust or other triggers get into the nose, the immune system attacks the area, causing inflammation and increased mucus production. Hay fever is more likely to occur during spring when plants release pollen. It can also happen due to interaction with animals or in dusty environments.

What are the symptoms of hay fever?

Hay fever can include some or all of the following symptoms: 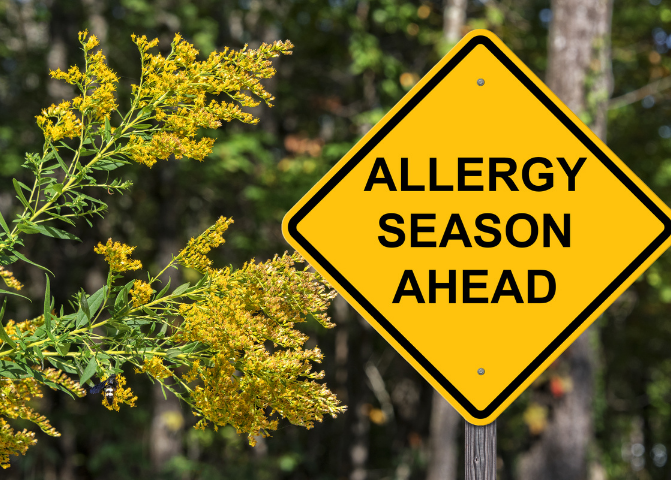 Peak hay fever season in south-east Australia is around October to November.

How to get rid of hay fever

Unfortunately there is no cure for hay fever at the present, although desensitisation can possibly assist with symptoms. There are several different options which can be used individually or concurrently to help alleviate hay fever symptoms. These include tablets, eye drops, nasal sprays, and natural remedies. Further information on the products available can be found at Medmate.

Hay fever tablets are antihistamines (see below for more information on antihistamines). They are available in sedating and non-sedating varieties, allowing the relief of symptoms during the day, and assistance with symptoms and sleeping at night.

Hay fever eye drops are available in antihistamine and mast cell stabilisers. They can help alleviate symptoms such as itchy, red, and watery eyes.

Varieties of antihistamine nasal sprays include:

Varieties of corticosteroid nasal sprays include:

Vitamin supplements containing vitamin C, horseradish, garlic, and ginger may be able to assist the immune system and help with the treatment of hay fever symptoms.

Unmedicated nasal sprays, usually a saline preparation, can assist in reducing the buildup of mucus in the nose and therefore help with runny nose or congestion.

Immunotherapy is a long-term treatment option where the patient is gradually exposed to allergens, such as pollen, to help the immune system learn that it is not a threat. This is best undertaken with the oversight of a medical health professional. 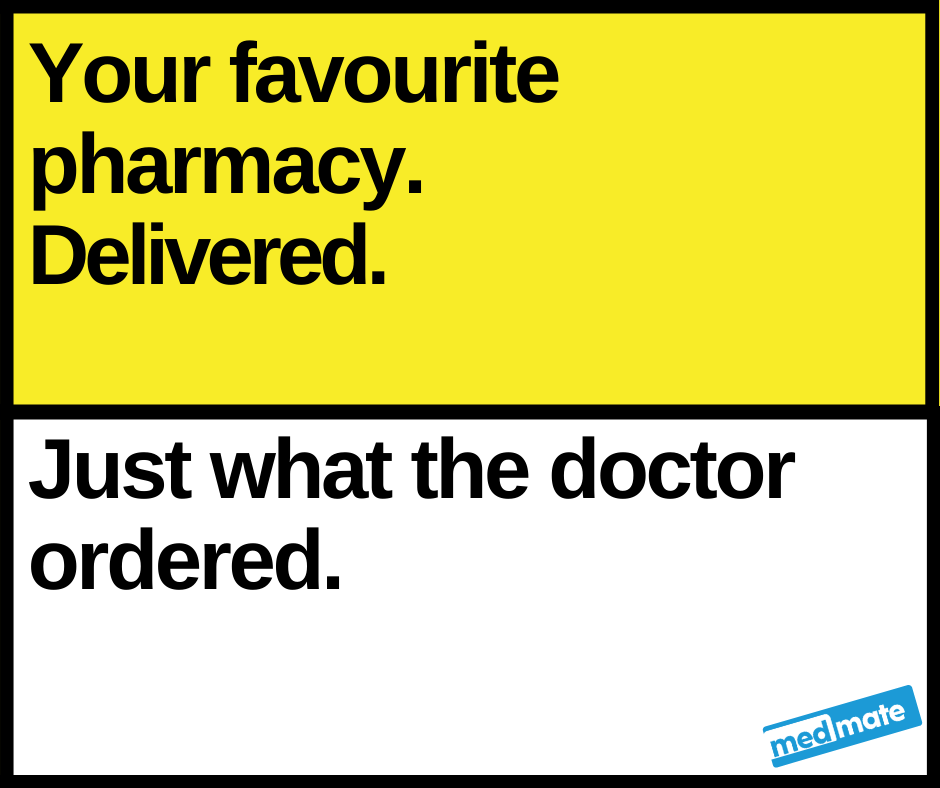 Medmate is the clever new way to get all your prescriptions filled and pharmacy needs delivered, quickly, easily and discreetly. Australia’s fastest home medication delivery service with 60 minute express delivery to your door.

What is an antihistamine?

What does an antihistamine do?

Histamines cause symptoms of allergy. In the instance of hay fever, these symptoms include runny nose, itchy eyes, and general cold-like symptoms. Antihistamines work by getting in the way of the histamines and, therefore, preventing the symptoms they cause.

Can I buy antihistamines over the counter in Australia?

Yes, antihistamines are available over the counter in Australia. A pharmacist, whether online at Medmate or in person, can help you determine the right antihistamine for you. If you have further questions, a health professional such as a general practitioner can help you determine which course of treatment is best for you. In some instances, a prescription may be required, however, and Medmate electronic script service can help with this too.

Antihistamines are a valuable tool in the arsenal against hay fever. So rather than spend springtime locked inside the house with a box of tissues, you can go out and live your best life without being weighed down by hay fever.

Share this ArticleLike this article? Email it to a friend!
Email sent!